The Academic Alpine Club of Kyoto was founded in 1931 by several members of Kyoto Teidai Ryoko-bu ( Kyoto Imperial University Travel Club ). Among them were Kinji Imanishi, Eizaburo Nishibori, Tsunahiko Shidei, Takeo Kuwabara, and others. All of them were energetic climbers in the Japanese Alps, and succeeded to climb precipitous rock walls and ridges left untrodden until then.

Naturally they came to plan an attempt of climbing Himalayan mountains, and diligently read reports of Himalayan expeditions sent mostly from European countries. Books and journal articles were thoroughly studied. One result of such investigation is a publication of Japanese translation of Paul Bauer's Im Kampf um den Himalaja, and Gen Itou endeavored to complete the task. Paul Bauer's book taught them that a Himalayan expedition was not necessarily an extremely costly venture.

Kyoto Gakushi Sangakukai (the Academic Alpine Club of Kyoto) was founded on 24th of May 1931 at the opening ceremony held at Rakuyuu Kaikan near Kyoto University. Prof. Kin Kihara chaired the President. The purpose of the Club was declared to promote mountaineering activities of club members, and club members should support club projects. To send an expedition party to the Himalaya to scale untrodden peaks was regarded an urgent task at the time of the foundation. Kabru, 7338m peak in the Sikkim Himalaya, was selected as the first object for the year of 1932, and in the preceding winter season a polar method climbing was first practiced in Japan at the Osawa route of Mt. Fuji as preparation for the Himalayan climbing. The Kabru project, however, was wrecked as a result ofthe beginning of Japanese Army's invasion to Manchuria.

The AACK planned for the second time to dispatch an expedition for the year of 1937. The objective was K2, the second highest peak of the world. In summer of 1936 Gen Ito went to India to negotiate the permit of climbing K 2. But this project was also broken as the Japanese army began attacking Chinese at Rokokyo Bridge near Peking. Meanwhile, the first Himalayan expedition from Japan was sent by Rikkyou University, Tokyo, and they succeeded to climb Nanda Kot ( 6816m ) in the Garhwal Himalaya.

During the years before the outbreak of the Second World War, AACK could not put the Himalayan projects into execution. Many members turned their direction of energy to mountainsin other areas than the Himalayas, many small expeditions were sent to Sakhalin, the Kurile Islands, Taiwan and China. In 1934 the first expedition organized and sent by AACK aimed the first winter ascent of Hakutousan (Baitoushan, 2744m) in the northernmost Korea, and eighteen members of the party succeeded in mountaineering and scientific works. Smaller parties were sent almost every year to inner Mongolian steppes and Manchuria (Northeast districts of China). In May - July season of 1942 Dr. Kinji Imanishi led a party of 21 scientists-climbers to Da-xinganling Range, and made the first South North traverse of the unsurveyed forest-clad areas, and brought back various data concerning geographical, biological, and ethnographical interests.

As the Second World War raged, most members were enlisted to the military service, so activities went down nearly to zero. After the end of the War, some members were discharged from the service and others returned from abroad. Around in 1947 and 1948 university personnel’s returned to their former posts, students came back to the university campus, and AACK was rebuilt in 1951. Shortly before that, Nepal opened her long-closed boundaries to foreign climbers in 1947, British veteran Himalayanists did not lose time to reconnoiter in the Everest regions and in 1950 Maurice Herzog and the French team succeeded to climb the summit of Annapurna, the first eight thousander.

After the War, Kyoto University Alpine Club (KUAC) was organized by students, and young, newly-trained climbers joined the club. Most of KUAC members, after graduation, joined the AACK, so AACK was reinforced enough to try a challenge of Himalayan peaks. Dr. E. Nishibori entered Nepal in January of 1952 and applied a permit of Manaslu. When the permit came, the committee of AACK decided to give it to the Japanese Alpine Club (JAC), because they thought that to tackle this unknown giant peak should be a proper project of the JAC expedition which was to be organized upon all-Japan basis.

In 1952 JAC’s Manaslu reconnaissance party was led by Dr. K. Imanishi, and two AACK members, Prof. S. Nakao and Dr. K. Hayashi also joined the party. In the pre-monsoon season of 1953 Mr. Y. Kato was selected a member of the first Manaslu expedition, and S. Nakao and J. Kawakita made up a separate scientific party. In the post-monsoon season of 1953 AACK sent the first Himalayan expedition to the Nepal Himalaya. The main objectives were Annapurna Ⅱ ( 7937m ) and Ⅳ ( 7525m ), Mr. Toshio Imanishi and six others composed the party After the trial of Annapurna Ⅱ they assaulted Annapurna Ⅳ from the north. Unfortunately, the strong wind broke the tent at Camp 5, and forced the occupants down to lower camps.

The first Himalayan project failed thus. When the Annapurna expedition came home, the Himalayan committee was busy to study the cause of failure and look for the ways to improve tactics and strategy, equipments and so on. In 1958 Prof. T. Kuwabara and eleven members entered the Baltoro Glacier in the Karakorum, and M. Fujihira and K. Hirai stood on the summit of Chogolisa （7654m）.

In 1960 Prof. Y. Sakato and five members entered the esternmost section of the Wakhan Valley in the Afghan Hindukush, and T. Sakai and G. Iwatsubo climbed Noshaq ( 7492m ),the second highest mountain in the Hindukush. In 1962 Prof. T. Shidei and nine members crossed the Bilafond La and entered the Siachen Glacier in the eastern Karakorum, and A. Saitou, Y. Takamura and R. Bashir, Pakistani member, reached the summit of Saltoro Kangri （7742m）

After the three successive expeditions in five years, AACK continued to try untrodden peaks in the Himalaya and arakorum. Yalung Kang, a （8505m） meter peak in the Kangchenjunga Massif, was climbed in 1973. This is the highest peak that has been first scaled by Japanese mountaineers. In some cases a joint expedition was organized as in the case of Naimou Nanyi and Meili Xueshan. 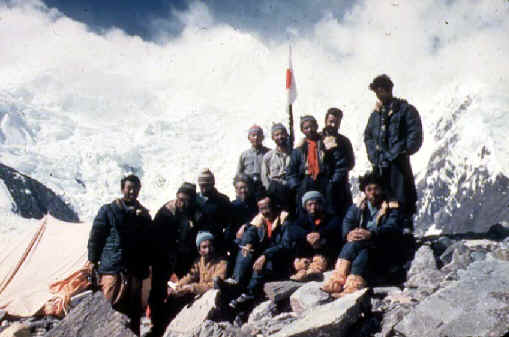 M. Fujihira and Kazumasa Hirai became the first to reach the summit of Chogolisa on August 4, 1958. 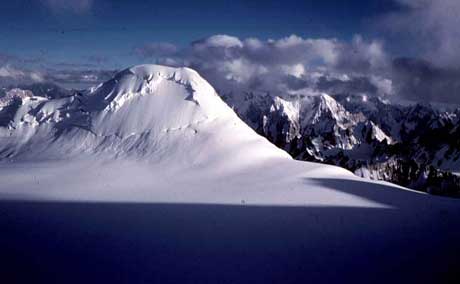 山口克, 中島道郎 and 高村泰雄 became the first to reach the summit of Kaberi Peak on August 5, 1958. 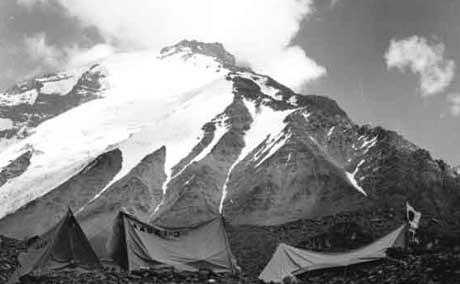 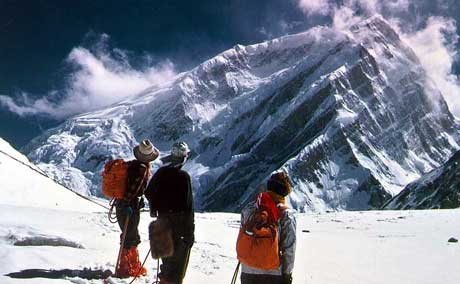 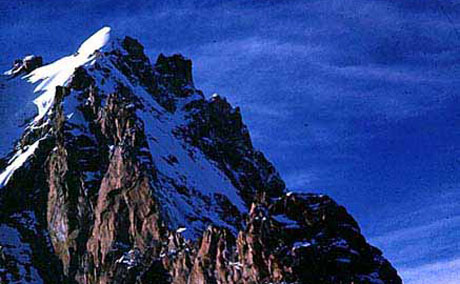 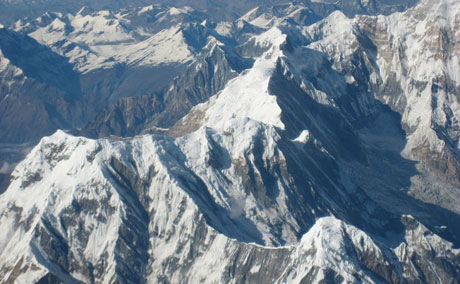 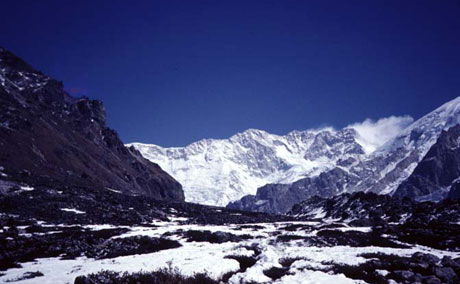 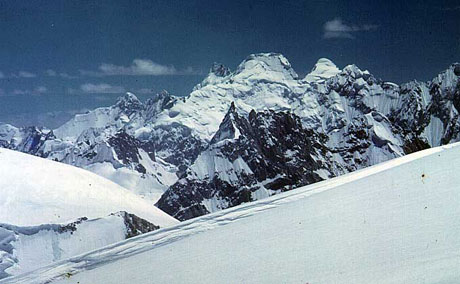 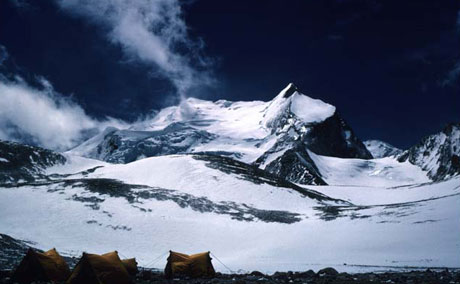 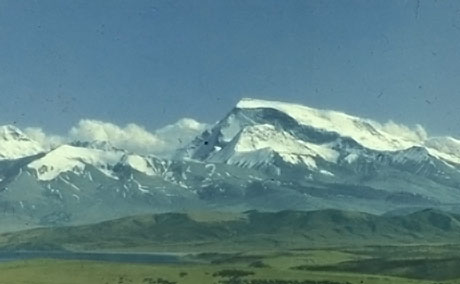 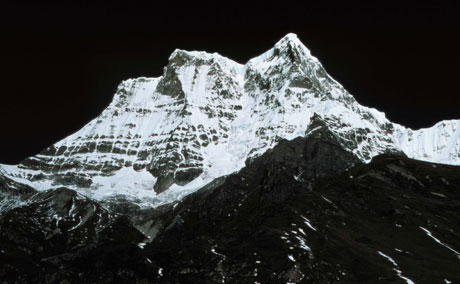 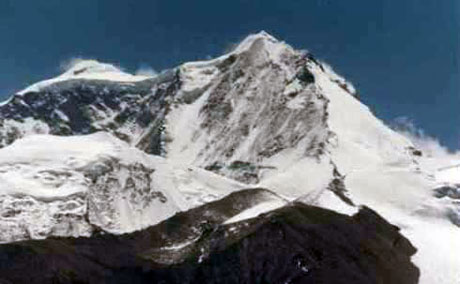 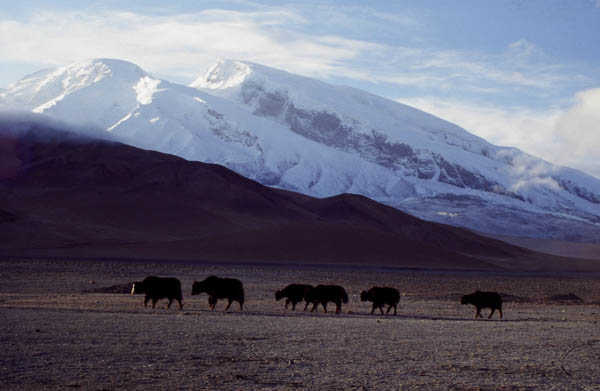 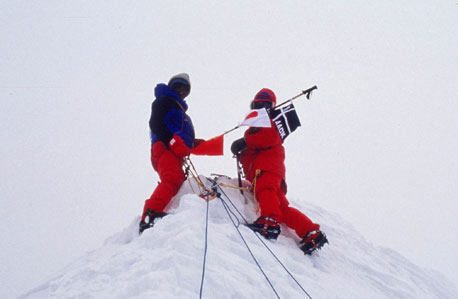 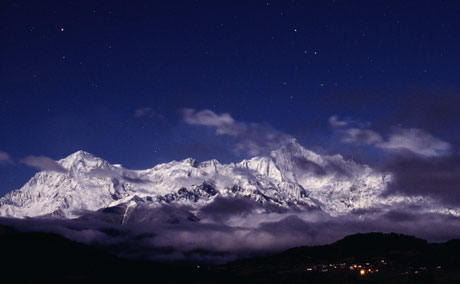 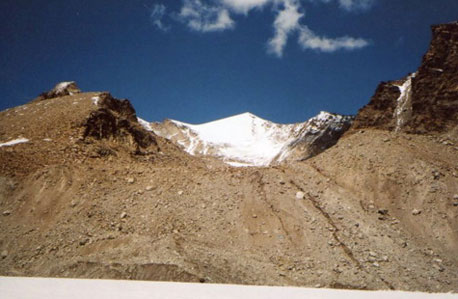